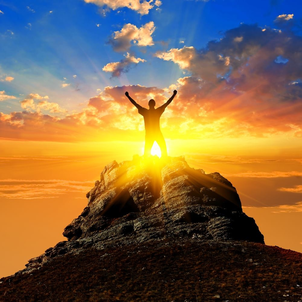 ​Mt. Shasta, California, Summer 1996. A friend let me to try his new Currie e-Ride electric bike up the mountain. My mind was completely blown and heart filled with joy! The synergy of the bicycle with aerospace electronics was simply ... magical. The very next day, I drove 10 hours down to Currie Bicycles in Chatsworth, California, to meet with former aerospace superstar, Dr. Malcolm Currie. I became a dealer and founded Electric Star Power Bicycles with one simple purpose -- to share this remarkable device with my friends.

In the following 20+ years, I have participated in the design, promotion, and sale of various electric bikes as this technology has emerged. I have remained independent and aspired to proceed in the same spirit -- to share my favorite bikes with my customers and treat them just as I would like to be. I study the marketplace and deal only with the models that I trust, make me smile, and know you will love. Then, I assist you in getting the best deal.

I loved how the Electric Bicycle wove together such a wonderful matrix of positive values: Fun, health, freedom, economy, practicality, high-technology, environmental awareness, and the uplifting of Spirit. I loved how everyone who tried one had an instantaneous grin on their face -- what I call, the e-Grin.

Of course, those early models were rather rough: They had 25 pound lead-acid batteries, external chain-driven motors, and cheezey bike parts. But like the personal computer, they were catching a cresting wave of technological innovation. During the next 20 years, I have ridden this wave through the entire evolution of failures and successes with over a dozen different companies, most of whom no longer exist. But each contributed to the evolution and development of the electric bicycle. I have been dedicated to rigorously sort and sift through this evolving, complex and confusing marketplace so I could assist customers with only the best products and values.

Now in 2020, the eBike is a refined product -- ready for prime-time. Though I must say, the marketplace has become very confusing, with so many different models to choose from. I am always happy to share the wisdom of my experience with you in choosing the right electric bicycle.

A Slice of My Personal Bicycle History
​
I have a long history with bicycles, starting with a backyard bike shop when I was 12. I worked my way through UCSB repairing, restoring and building bikes. In the 70’s, I set my bike tools up in an abandoned gas station in Isla Vista, CA and started Planet Repair, which turned into a free and by-donation bicycle shop. (BTW: BiCi Centro on Richardson St. in Santa Barbara is the inspired evolution of this type of shop which I encourage everyone to use). We would dismantle the bikes that students discarded at the end of the school quarter, separate the parts from which people could build bikes, carts and other contraptions. Years later, even though I had raced and toured bicycles, I became fascinated by the marriage of the bicycle with electric power. It seemed like the perfect synergy, combining two of humankind’s quantum inventions -- the wheel with the brilliance of electricity. Here was a solution to pollution, a joyful way of freely moving around, and a method to promote wellness -- all in one! Years later, when I had a hip replaced, the electric bike gave me back my mobility and served as a method of rehabilitation. As the electric bike evolved, I have become involved with their development and promotion in a variety of ways. And what has always remained is the core principle reason of why I stay engaged: PURE FUN !

the eBike Underground Since 1996

speak to an expert